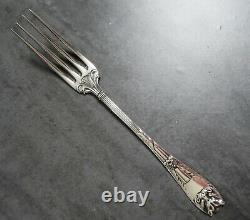 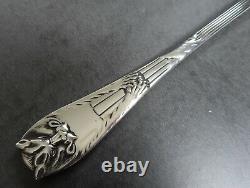 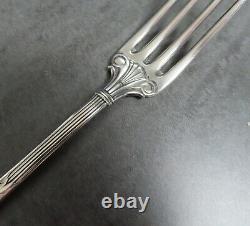 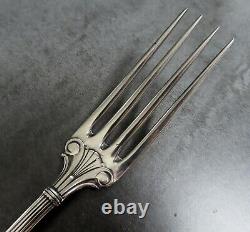 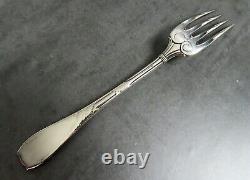 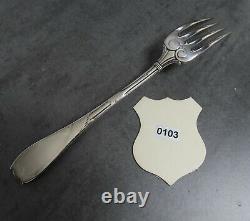 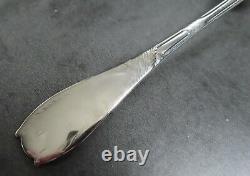 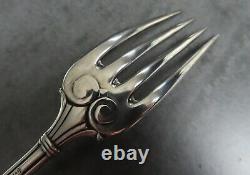 Exceptionally Rare'Peau de Lion' Silver Plated Table Fork by Fraget. For those who don't speak French, the pattern name - Peau de Lion - simply means Lion Skin which is what is being portrayed on the flatware and hollowware in this pattern. It was supposed to recall the lion skin worn by the mythical Hercules. The pattern was designed by Charles Rossigneux to be shown at the 1867 Paris Exposition, the pattern was produced by three factories Fraget, C hristofle and Gorham - it is without doubt the most sought after cutlery patterns, and very scarce. Good solid condition, plating is still bright, full Fraget Factory marks, usual signs of age and use.

Listing is for the fork pictured, additional pieces are also listed. The Fraget factory was founded by two French businessmen - the brothers Alphonse (Alfons) and Joseph (in Polish, Józef) Fraget in 1824. However, after 1841 Joseph Fraget became the sole owner of this company.

In the fifties-sixties of the XIX century, the firm turned to the production of electroplated silver items and exported them mainly to the Russian market. The products of the Fraget firm soon turned out to be extremely popular. Since, any silver-plated item in the Russian Empire was called simply "fraget". In 1867 Joseph Fraget died, and his business was inherited by his son Julian.

In 1905, Julian was assassinated and from 1906 Fraget was managed by Julian's daughter, Maria Antonina, who died in 1934. In 1939 with the start of World War II, the Fraget company stopped its activity. The Norblin factory was founded in 1809 by the goldsmith Filip Vorbrodt, who came to Warsaw from the small Anhalt Principality in Germany.

His daughter, Henriette Leopoldina Augusta, first married the French silversmith Jean Cerisy and then (after her hudband's death in 1831) another French jeweller Vincent (in Polish, Wincenty) Norblin, the son of Alexander Jean Norblin, owner of a bronze factory in Warsaw. Teodor Werner (1/4 of the whole capital), who was the owner of another silver foundry in Warsaw. After that, Ludwig Norblin and Teodor Werner united their factories in one large company NORBLIN i Ska (NORBLIN i Spó-ka), which means in English NORBLIN & Co. However, they continued to work separately, Ludwig Norblin was producing electroplated silver items, while Teodor Werner worked with sterling silver items. In 1893, he organized a new public company Norblin, Buch Brothers & T.

Like Fraget, Norblin company also successfully survived World War I, but stopped production in 1939. Teodor Werner (1/4 of the whole capital), who was the owner of another silver foun. This item is in the category "Antiques\Silver\Silverplate\Flatware & Silverware".london" and is located in this country: GB. This item can be shipped worldwide.